This event will be online, on the Skeptics in the Pub Twitch channel. Note that unlike most SitP Online events, it will not be available on-demand after the event.

As ethnic nationalism and the far-right become stronger, race science is experiencing a revival, fuelled by the abuse of data and science by politically-motivated groups. The story of who humans are and how we evolved is being rewritten to suit their agendas. Even well-intentioned scientists, through their unconscious use of old-fashioned categories, betray some suspicion that race has some basis in biology — a problem that has played out in speculation around why certain groups are more affected by the Covid-19 virus. In truth, race is no more real than it was hundreds of years ago, when racial categories were invented and hardened by those in power.

In Superior, award-winning author Angela Saini explores the concept of race, from its origins to the present day, explores why we find it so hard to let go of the notion that race is biologically real, and the political consequences of this dangerous idea. 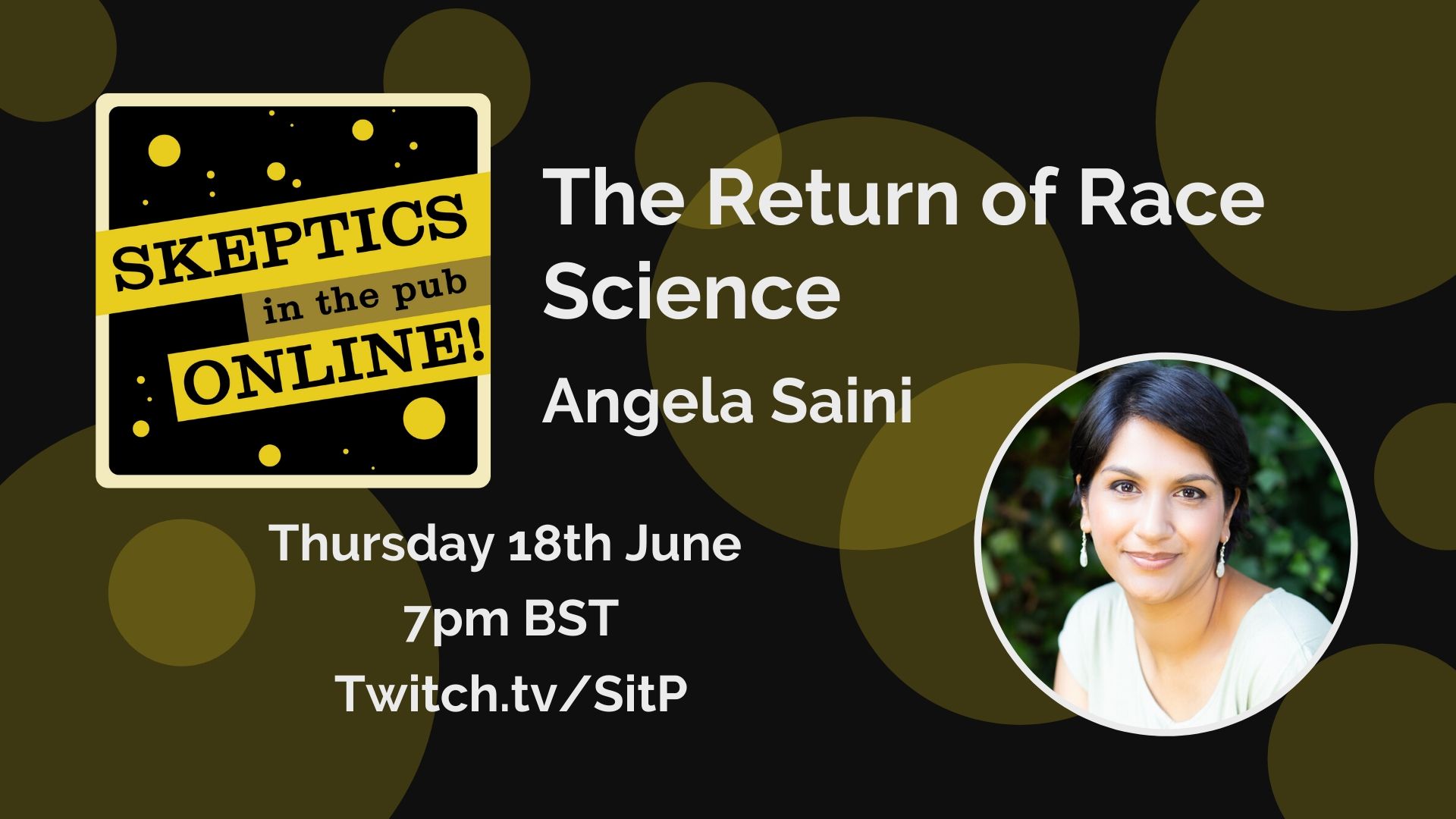 Angela Saini is an award-winning British science journalist and broadcaster. She has presented science programmes on BBC TV and radio, and her writing has appeared in New Scientist, The Sunday Times, National Geographic and Wired. Her latest book, Superior: the Return of Race Science, was a finalist for the LA Times Book Prize and named a book of the year by The Guardian, Nature and the Financial Times. Her previous book, Inferior: How Science Got Women Wrong, has been translated into thirteen languages. Angela has a Masters in Engineering from the University of Oxford and was a Fellow at the Massachusetts Institute of Technology.