Born to an ordinary working class family in Norfolk, England, Paine was, briefly, a corset maker, excise officer and privateer… but after meeting with Benjamin Franklin in London, he emigrated to America, and immediately became, through his writings, a hugely influential figure in the War of Independence: ‘Common Sense’ and ‘American Crisis’ both helped galvanize the struggle, and made him a popular hero there.

He moved to France to become involved in the revolution, fiercely defending it against its critics in his book ‘Rights of Man’, which saw him permanently exiled from England after the government condemned him for seditious libel owing to his support for democracy and his opposition to monarchy.

But as the French revolution descended into the terror, he fell foul of Robespierre’s tyranny, and was imprisoned in Paris, destined for the guillotine. It was only through an extraordinary stroke of fate that he narrowly escaped death.

His book ‘The Age of Reason’, written in jail, celebrated logic, science and enlightenment values, but also delivered a piercing attack on religious fundamentalism, which, upon his return to America, made him a figure of hate, abandoned by many former friends, but held true to his beliefs until the end. His dying words, addressed to the religious fanatics surrounding him, demanding he make a deathbed conversion to christianity, were defiant:

“I have no wish to believe on that subject.” 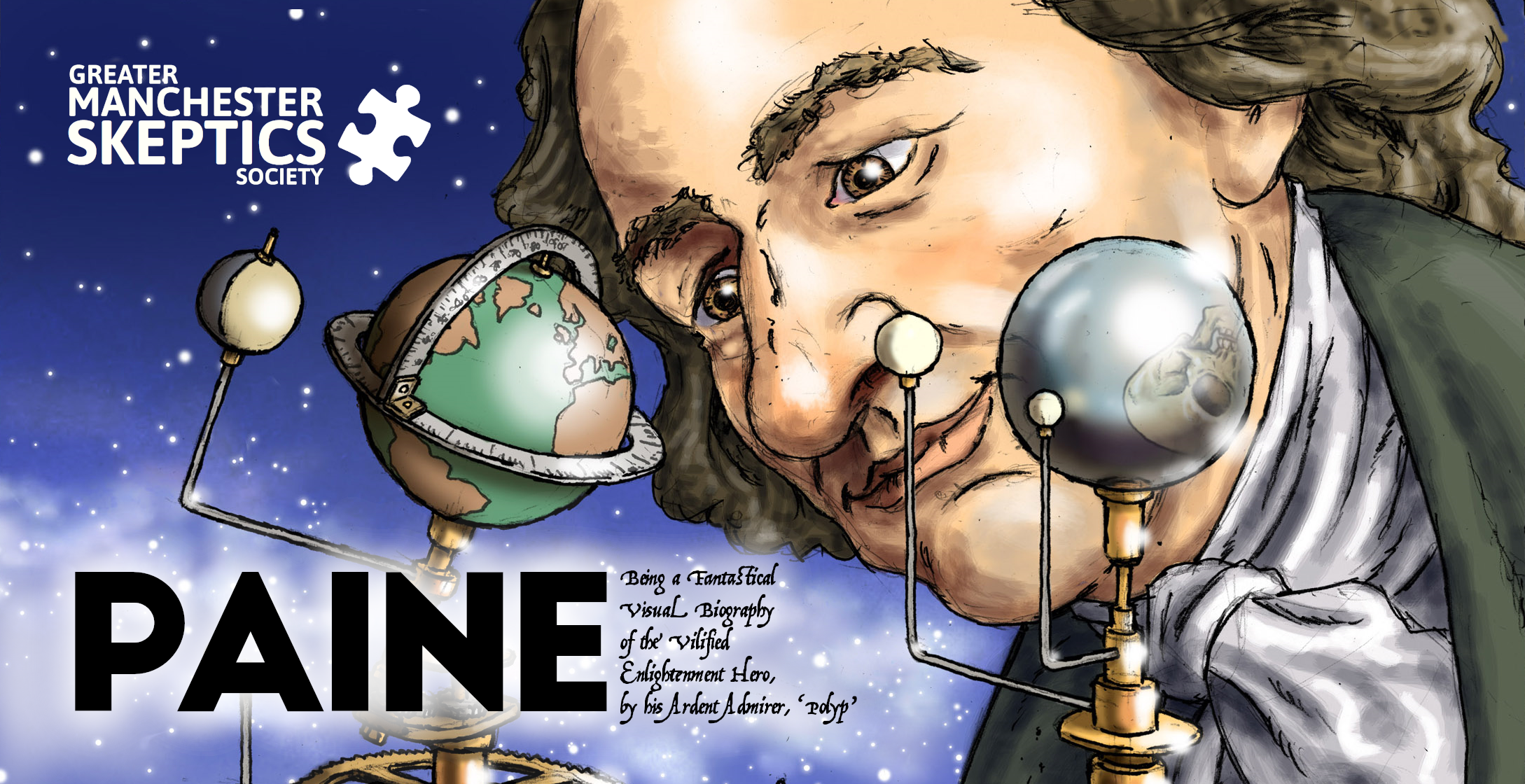 Polyp is an author, political cartoonist, and stalwart of Manchester Skeptics in the Pub. His books range from thINK, a collection of skeptical cartoons skewering irrationality of all stripes, to PETERLOO, the story of the Peterloo massacre, told entirely in the words of the people who witnessed it.