Naturopathy is scary! For three years, I practiced as a licensed “naturopathic doctor” in the United States. The overwhelming majority of naturopathic care relies extensively on dubious alternative therapies, rather than established protocols based on medical and scientific research. In this Halloween-themed talk, I share the experiences that led to my interest in natural medicine, some spooky naturopathic practices, and how I became the most hated naturopath in the world. 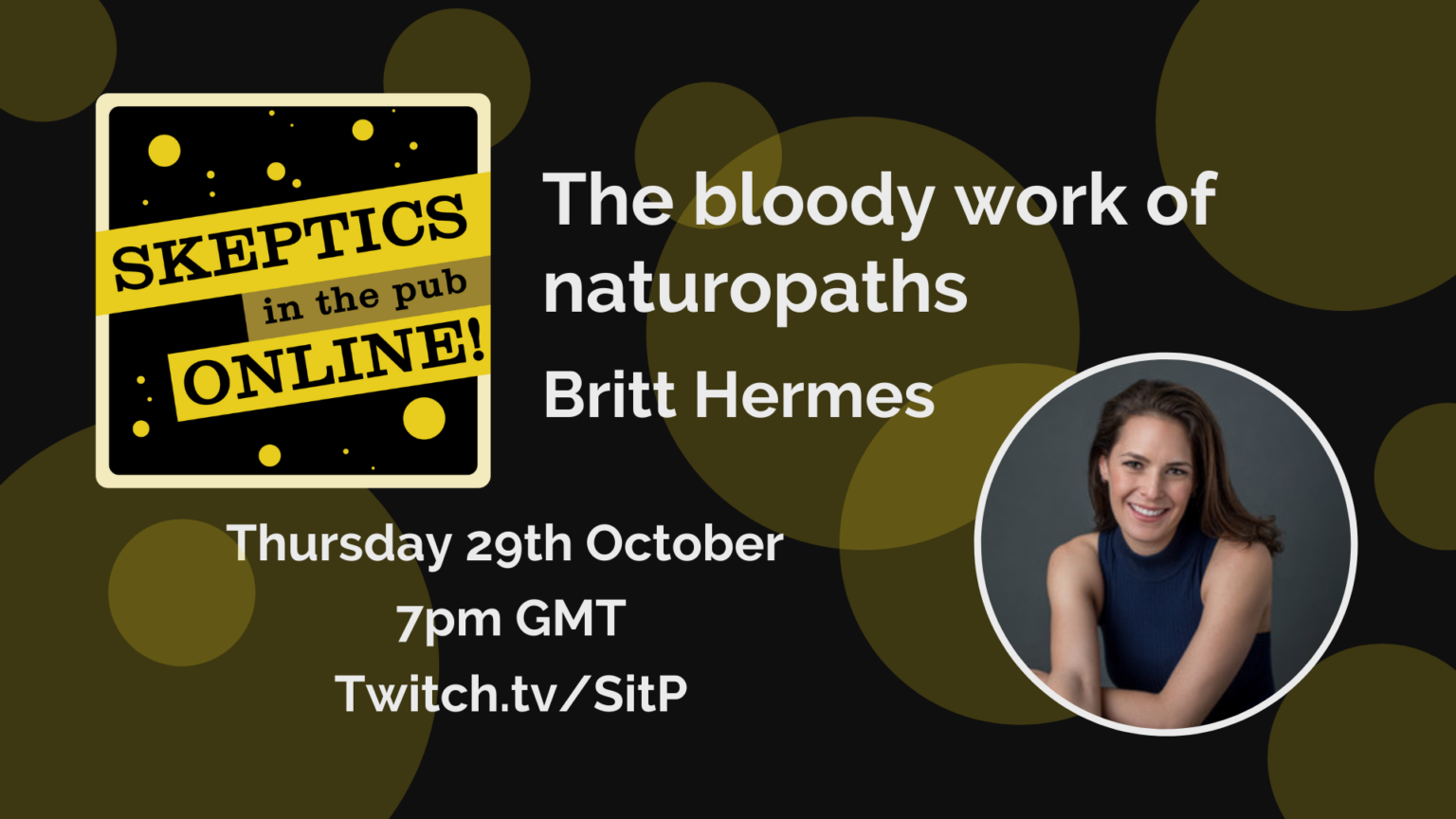 Britt Hermes is a writer, scientist, and a former naturopathic doctor. She practiced as a licensed naturopath in the United States and then left the profession after realizing naturopathy is a pseudoscientific ideology. Since this time, Britt has been working to understand and communicate how she was tricked by alternative medicine, so others do not repeat her mistake. She now writes to expose issues with naturopathy, the current rising profession in alternative medicine. Her work focuses on the deceptions naturopathic practitioners employ to scam patients and contrive legitimacy in political arenas. She hopes her stories will protect patients from the false beliefs and bogus treatments sold by alternative medicine practitioners. Hermes is currently living in Germany where she is completing her doctorate in evolutionary genomics.