This event will be online, on the Skeptics in the Pub Twitch channel. Note that this event is on a Saturday.

October 31st is Halloween – traditionally the scariest night of the year (although we’re a bit more scared about what might happen in the US election a few days later).

All things considered, it’s pretty safe to say that this has been a slightly unsettling year for lots of people and the last thing we need right now is a bunch of ghosts and ghouls turning up and causing havoc on Halloween.

Fear not, however, because we’re pleased to say that ghosts don’t actually exist.

But if ghosts aren’t real, why do so many people believe that they’ve seen one? How can we explain the supernatural experiences people have reported? How do places develop a reputation for being haunted? What are those things that go bump in the night?

Richard Wiseman is a psychologist and author. For years, he has researched the science behind the paranormal.

At 7 pm on Saturday 31st October, he will be discussing the natural explanations behind the supernatural and showing how the paranormal is perfectly normal. Richard will be Interviewed by his good friend Chris French, Head of the Anomalistic Psychology Research Unit at Goldsmiths. 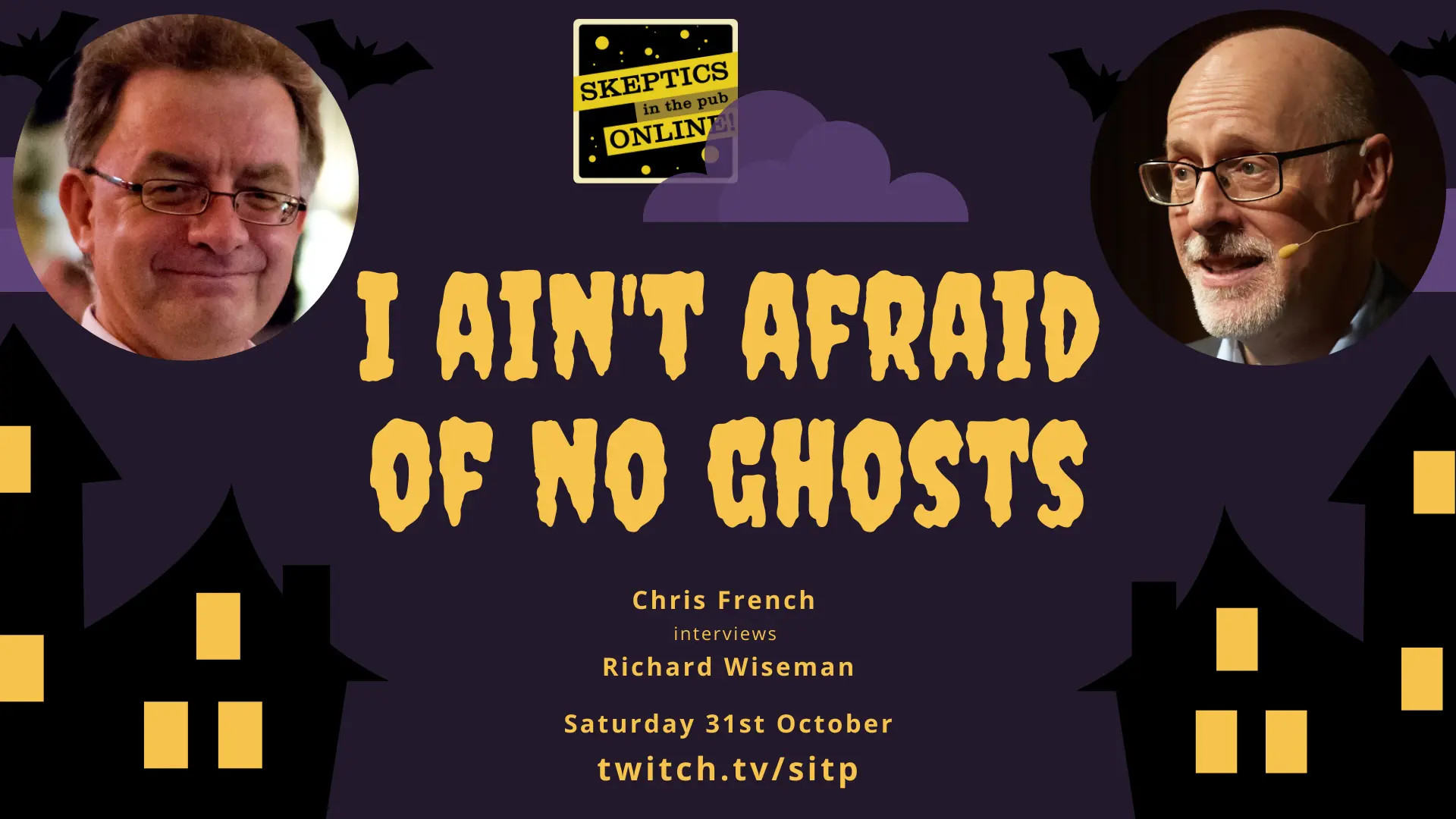 Professor Richard Wiseman has been described by a Scientific American columnist as ‘…one of the most interesting and innovative experimental psychologists in the world today.’ His books have sold over 3 million copies and he regularly appears on the media. Richard also presents keynote talks to organisations across the world, including The Swiss Economic Forum, Google and Amazon.

He holds Britain’s only Professorship in the Public Understanding of Psychology at the University of Hertfordshire, is one of the most followed psychologists on Twitter, and the Independent On Sunday chose him as one of the top 100 people who make Britain a better place to live.

Richard is a Member of the Inner Magic Circle, a Director of the Edinburgh Fringe Festival, and has created psychology-based YouTube videos that have attracted over 500 million views. He also acts as a creative consultant, including work with Derren Brown, The Twilight Zone and the hit television show, Brain Games.

Professor Chris French is the Head of the Anomalistic Psychology Research Unit in the Psychology Department at Goldsmiths, University of London. He is a Fellow of the British Psychological Society and of the Committee for Skeptical Inquiry and a Patron of the British Humanist Association. He has published over 150 articles and chapters covering a wide range of topics. His main current area of research is the psychology of paranormal beliefs and anomalous experiences. He frequently appears on radio and television casting a sceptical eye over paranormal claims. His most recent book is Anomalistic Psychology: Exploring Paranormal Belief and Experience.