In 2013, when Michael Marshall first interviewed the Vice President of the Flat Earth society for his show Be Reasonable, people could scarcely believe that anyone could genuinely think the Earth was flat. Five years later, Flat Earth belief has gone mainstream, spawning thousands of hours of YouTube videos, gaining widespread international media coverage, and attracting countless followers. How did we get here?

In this talk, Marshall will talk through his experiences of the Flat Earth movement, take a look at the leaders and some of their reasoning, and report back from the weekend he spent at the UK’s first ever Flat Earth convention. 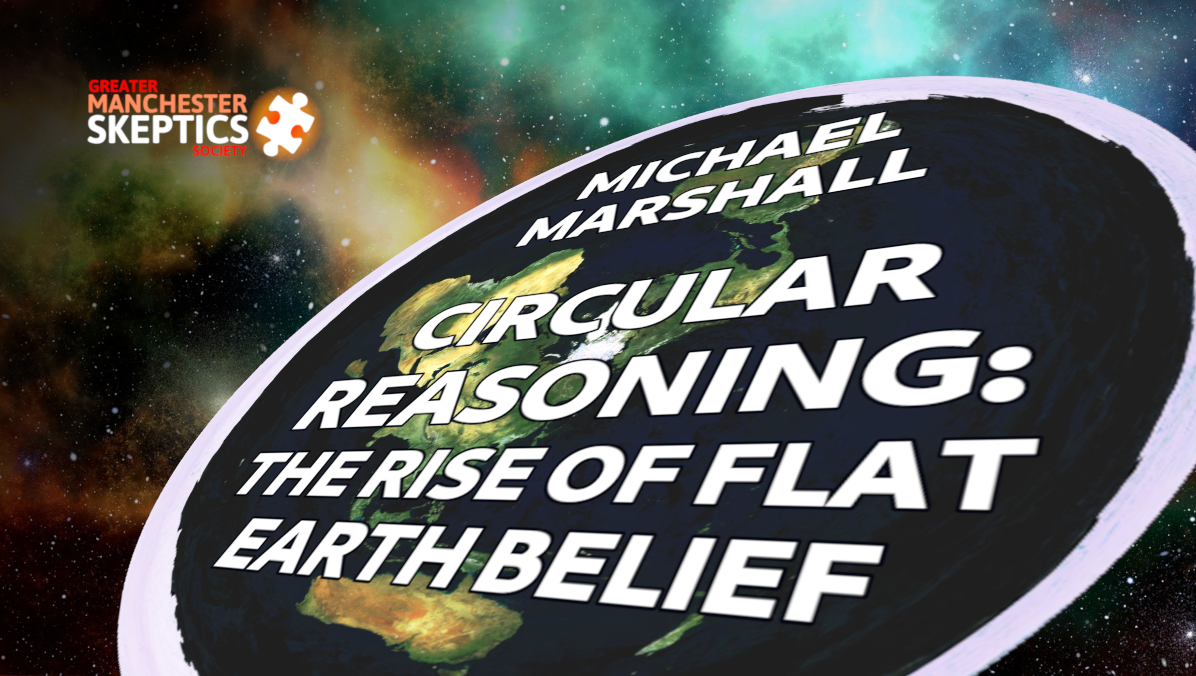 Michael Marshall is the Project Director of the Good Thinking Society and the Vice President of the Merseyside Skeptics Society. He regularly speaks with proponents of pseudoscience for the Be Reasonable podcast.

If you haven't been along to Merseyside Skeptics, you might have seen him organising international homeopathy protests, going undercover to expose psychics and quack medics, and co-founding the popular QED conference. He has written for the Guardian, The Times and New Statesman.