Science writer and broadcaster Dr Adam Rutherford will talk about his new book, How to argue with a racist: History, Science, Race and Reality, a vital manifesto for a twenty-first century understanding of human evolution and variation, and a timely weapon against the misuse of science to justify bigotry.

In his characteristically robust style, Adam will discuss how the appeal to science to strengthen racist ideologies is on the rise – and increasingly part of the public discourse on politics, migration, education, sport and intelligence for scientists and non-scientists alike. Although this is potentially treacherous terrain, he will argue that, if understood correctly, science and history can be powerful allies against racism, granting the clearest view of how people actually are, rather than how we judge them to be. 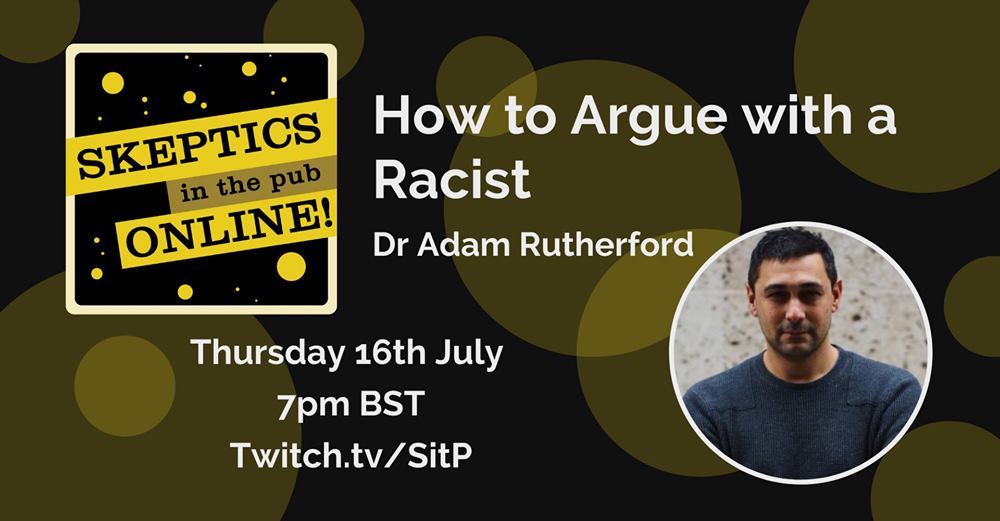 Dr Adam Rutherford studied genetics at University College London. During his PhD on the developing eye, he was part of a team that identified the first genetic cause of a form of childhood blindness.

He has written and presented many award-winning series and programmes for the BBC, including the flagship weekly BBC Radio 4 programme Inside Science and The Curious Cases of Rutherford & Fry with Dr Hannah Fry.

He is the author of Creation, which was shortlisted for the Wellcome Trust Prize, A Brief History Of Everyone Who Ever Lived, The Book Of Humans and, now, How To Argue With A Racist.